On assignment the Inuit community of Chesterfield Inlet, Nunavut

North of the tree line inside the arctic circle

Being a lover of remote destinations and real experiences, going up north in into the Canadian arctic was always a dream i said i
would persue, so when the chance to go up there and do a photo & video project for Chesterfield Inlet there was no doubt in my mind.
I cant share too many pictures on here with you guys but there is an official video being launched later on that will showcase their
community in a far more visual and appealing manner.
Stay tuned! Will link to a blogpost featuring it here once the video is launched. 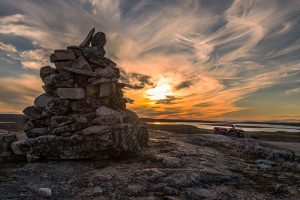 Above the treeline, where the land is mostly flat these “inukshuk” are the inuits own remedy to the lack of landmarks.

Being from Stockholm, Sweden that sits just north of the 59°N parallel you would think going to Chesterfield inlet’s 63°N would be like going home. But the north in Canada is far more remote and rugged than in Sweden.
The influence of the very cold Hudson Bay moves the treeline and temperatures southwards, whereas in Sweden, the North Atlantic current makes Arctic climates in the Nordic region warmer than other coastal locations at comparable latitude. 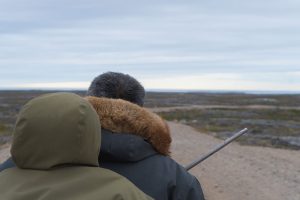 The locals are always prepared. When you are living out here any excursion is the real deal.

A lifestyle in tune with the nature that surrounds it.

The arctic to me is a destination that is often only showcased around its winters, and im sure they are incredible (next time i visit i really want to see them myself). But they have summers too, and they are amazing! Lake after lake is covering the vast landscape, perfect for wildlife viewing, fishing or a sunset swim, it goes withouth saying that having a lake all to yourself up here is an easy task. 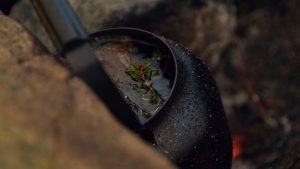 Cooking tea out on the land (Frame from video)

As any culture, over time weather has an act of forming how social interaction take part, i quickly noticed one fascinating trait i personally attribute to the cold temperatures in the winter.
Social interaction would be very efficient and short, conversations very friendly but often straight to the point. Even excursion is often not a full day endevor but often broken up into pieces with a little bit of rest in between.
Makes total sense when the temperature reads colder than cold. One of my favorite excursions was going out on the land, getting water from a nearby creek, making a makeshift fireplace from some rocks and cook some tea flavored with needles from some sort of local shrub said to be a good combatant against asthma. This excursion was no longer than an couple of hours, but the memories will last a lifetime. 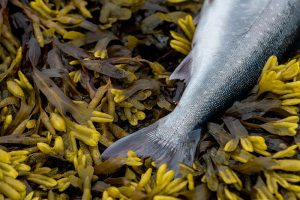 Many of the social activities also seem to be depending on what cycle the nature that surrounds them are in. Is it Arctic Char season? Walrus season? Caribou season? Then get out there and do something!
Living with, respecting and depending on the land and sea they make sure nothing from the animals go to waste, and i mean nothing!
Myself, being very spoiled and a coward when it comes to traditional foods, for example i have never tried the Swedish traditional fermented Herring so i would probably lose weight very quickly living up here.

Very much hoping to revisit Nunavut in the future!
Stay tuned for the video release!

This entry was posted in On assignment.